As I’ve been known to do in the past, I’ve spent a bit of time this week pondering what the next few years might look like. If you’ve been following along, you already know that I’m a bit of a “rambler” and that I don’t like standing still – so “the future” is always a bit of a moving target.

This has made it challenging to define what the term “home” means. Is it where I store my hammocks? A tricky metric, as they tend to move around the world with me. Where I have close friends and a family? I am lucky to have a tribe almost wherever I go. Where I hold a lease? At times in my life, I’ve had a couple on the go at once. Home is not an easy concept to get my head around.

One thing has become clear, however: as I seek to embrace minimalism and simplicity in my life, what I envision as “the perfect home” increasingly becomes more symbolic, less sentimental, and ultimately practical.

This week I am blessed with the opportunity to spend a few days living with a friend in the luxurious confines of an Airstream and a yurt. However, what at first was a good-humoured adventure in urban “glamping” has actually ignited a fire in my mind… 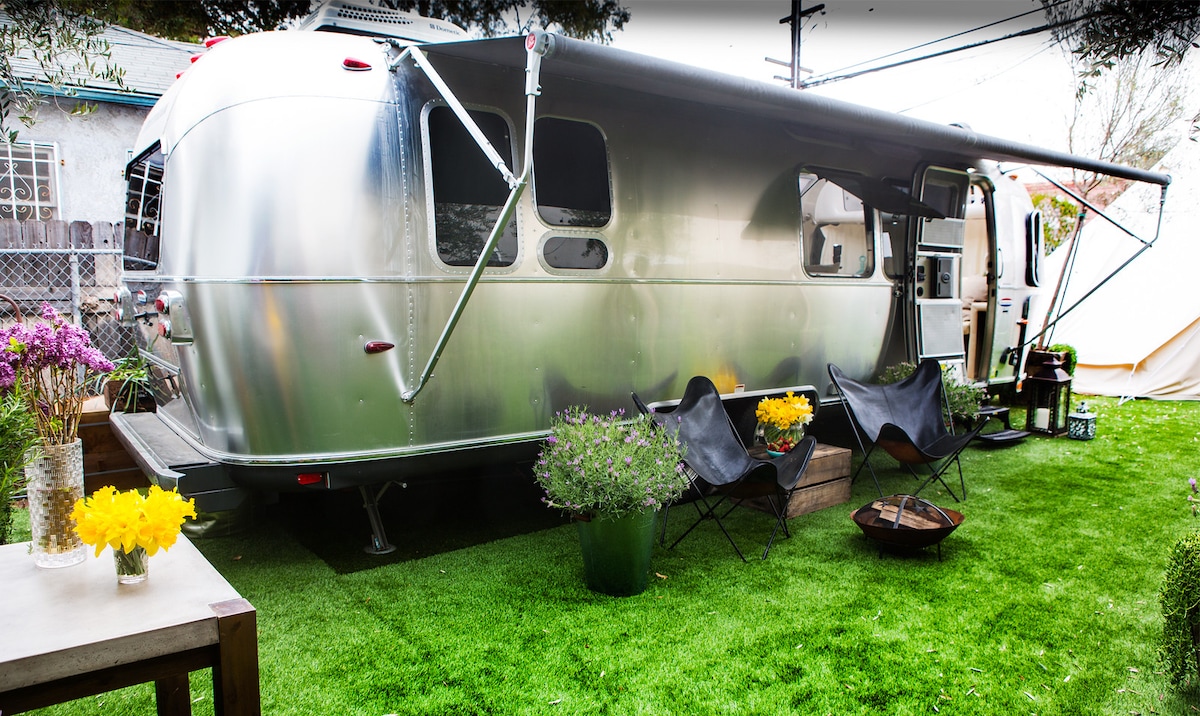 Something about the well-considered simplicity of the Airstream makes so much sense; it is so small, but it contains everything you could possibly imagine. Every space is used perfectly and thoughtfully. Kitchen with gas stove. Bathroom with composting toilet. LED lighting (on dimmers!) throughout. It’s a testiment to simple living.

In this small backyard where we are staying, there’s room for the Airstream, the yurt (the “guest bedroom”) and yet still there is ample space for lounging outside, a BBQ, two bikes, and so on. It is a paradise, really.

As I ponder the next few years, I have to admit, my idea of “The Perfect Home” has started to take bit more “shape” so to speak.