Whether you believe it’s one of the most exciting times to work in journalism, or one of the scariest times, one thing is clear: the conceptual divide between new media and traditional media continues to grow wider. That gap – and many others – were in plain view last Wednesday night during the Board of Change’s recent panel on The Role of the Media in a New and Sustainable World.

The event brought together a panel including Huffington Post’s Andree Lau, Vancouver Observer’s Linda Solomon Wood, and The Tyee’s Geoff Dembicki, as well as Jim Jennings from the Globe and Mail, to ask a number of questions about the relationship between news organizations and the sustainability movement. While the conversation moved across a wide terrain – at soundbite-a-minute speed – the event failed to cross the finish line; it felt like a bit of a missed opportunity for both panelists and audience because not much new ground was covered.

What was evident, however, was the distance between the newer “startup” news organizations – that is, organizations started in a post-print era, not literally startups as both HuffPost and The Tyee are more than a decade old – and traditional, print-born media organizations see the future of journalism.

Jennings – who made it clear he was not at the event representing the Globe – sees a frightening future for Canadians as far as the health of the Canadian media ecosystem goes. In fact, he said they should be “scared shitless” about the what’s happening right now. Though the comment was intended to be sensational, the underlying facts are quite accurate: Canada has a staggeringly consolidated media environment by global standards.

Jennings’ point however was that if organizations like the Globe and Mail and the CBC were not around, Canadians would be in a difficult situation when it comes to being informed. Specifically, Jennings proposed that the Huffington Post’s two reporters in Canada are just not enough “boots on the ground” to provide the coverage that Canadians need.

Huffington Post’s Andree Lau responded to Jennings’ comment by explaining how the HuffPost’s 40-odd editors1 in Canada work their magic to package stories for maximum online reach – something that HuffPost has been perfecting for the decade (and more than three years in BC). Their content comes from a variety of sources: individuals that sign-up for their own virtual soapbox on HuffPo, some original reporting, and a lot of re-printing stories from Canadian Press and online outfits like The Tyee.

No matter the source, HuffPost reaches a huge audience in Canada. Case in point: a story that does well on The Tyee could easily reach four or five times more people when picked up, re-packaged, and promoted by the Huffington Post. Instead of thinking of this as competition, The Tyee sees sites like HuffPost, Vice, Buzzfeed and the like as powerful “distribution channels” for important and necessary reporting – just another part of a diverse media network. 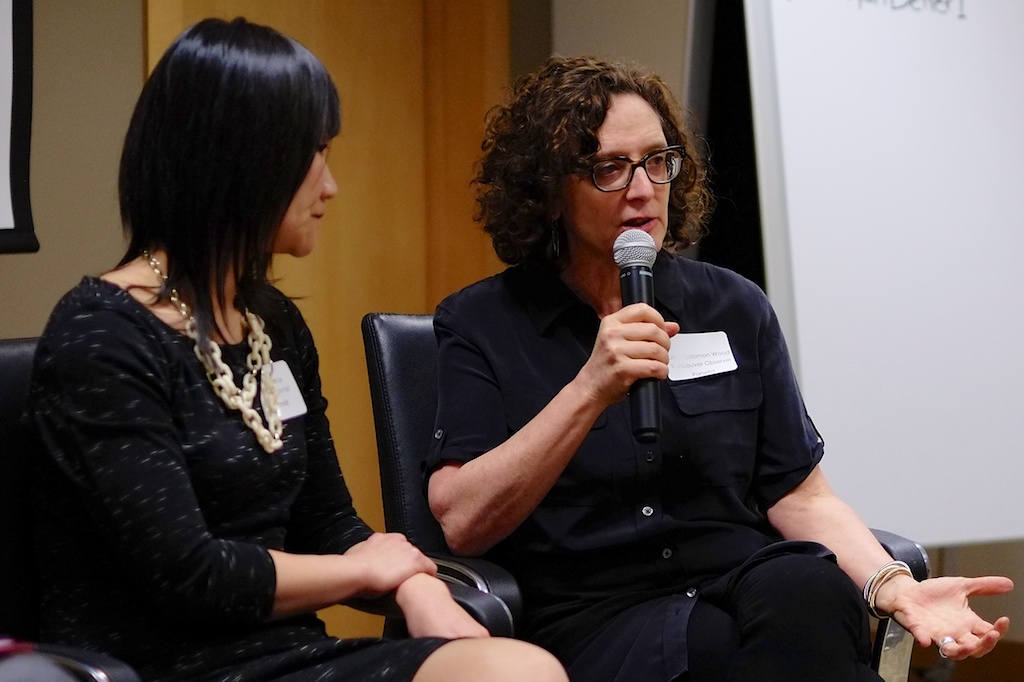 The Vancouver Observer has four reporters in British Columbia and has just added one more in Toronto, the audience was told by VO’s Publisher, Linda Solomon Wood. Solomon Wood also pointed out that their recent hire in Toronto is non other than muzzled Global News journalist Bruce Livesey. Canadaland’s Jesse Brown reported that Livesey was fired by top brass at Global News “after they spiked his report on the billionaire Koch Brothers.” Another telling gap between the old media and the new: the Vancouver Observer’s “top brass” are entirely women.

When you start to add things up – The Tyee with it’s five-plus staff reporters, Vancouver Observer’s five reporters, HuffPost’s two and so on – there’s a growing ecosystem of online news operations that are starting to fill in the cracks that have formed over the years. And as Canadians continue to step up and make a financial commitment to see that reporting happen – both The Tyee and VO have recently raised significant sums from readers – the outlines start to emerge of a different media landscape for Canadians in the future.

On the question of Canada’s media future, The Tyee’s Dembicki is “quite hopeful” about the situation. Dembicki pointed to recent investments in millennial-focused publishers like Vice (Not “Dice,” as suggested by Rob Lucy, the evening’s host) as one bright spot on the horizon. While admitting their recent forays into news haven’t all been perfect, he points to Vice’s recent expose on the Koch brothers as an example of the kind of reporting that is missing from other news organizations (like Global News for example). What Dembicki sees in these new news organizations, organization like Vice, Mic, Buzzfeed and Quartz, is a focus on solutions that resonates with younger audiences – audiences that Dembicki increasingly finds are not drawn to tradition party lines.

Even though the panel focused more on the sustainability of Canada’s media landscape than it did how Canadian media covers sustainability, Dembicki did leave the audience with this final thought: Sustainability is not a single “thing” to be covered, but a meta lens through which to see the world – a perspective. 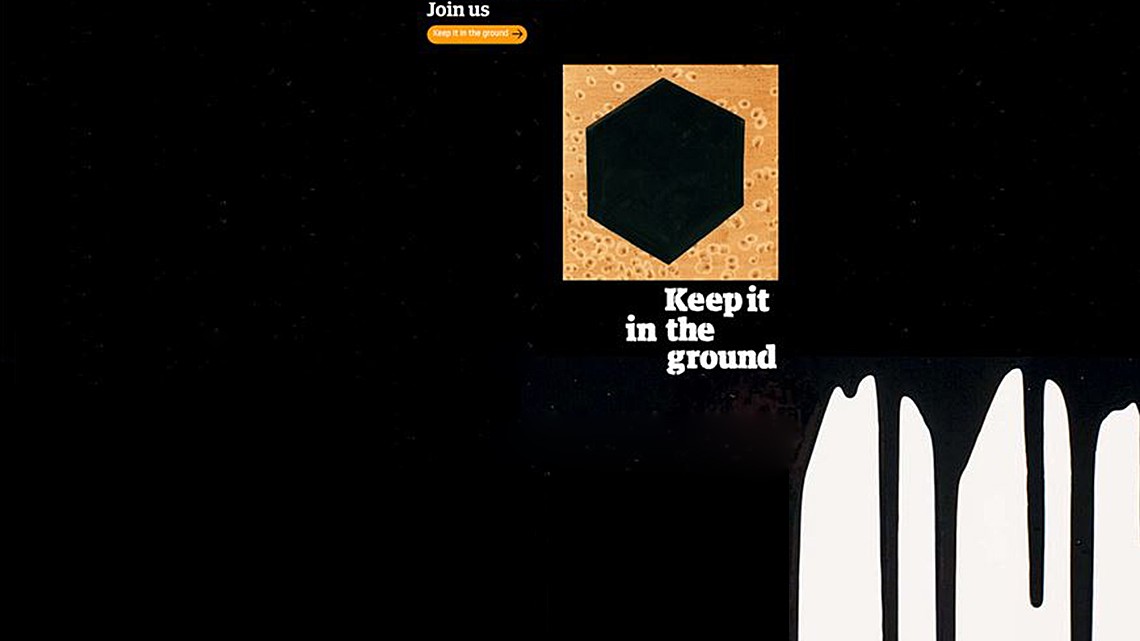 It’s a perspective that perhaps Canadian’s should not hold their breath to see on the home page of the Globe and Mail. When I asked Jennings – a self-proclaimed carbon-conscious citizen (he walks to work, doesn’t own a car, turns off lights) – about The Guardian UK’s recent home page take over that encouraged readers to keep oil in the ground, after reminding me that he was not at the panel representing the Globe he predicted that it would be unlikely that Canadians would see something similar at home.

The New Yorker profiles The Tyee