A couple of years ago, like many, I started to notice how well I was being targeted by advertisements on Instagram. The perfect travel pants, glow-in-the-dark undies, epic kitchen knives. I would exclaim out loud, “I would buy any of these things, how do they know me so well!?” And I became fascinated not only with the targeting of the ads, but also with the advertisers themselves – many of them being what are now referred to as “micro brands.”

Micro brands are typically goods or services that are:

I have saved dozens and dozens of these ads. And I started researching these companies. And while the worst of these companies – the dropshippers – is now well documented, there are very few stories that have explored the best lessons that these examples have to offer – and, more importantly, what the could mean outside of fashion, beauty, health, and gadgets. 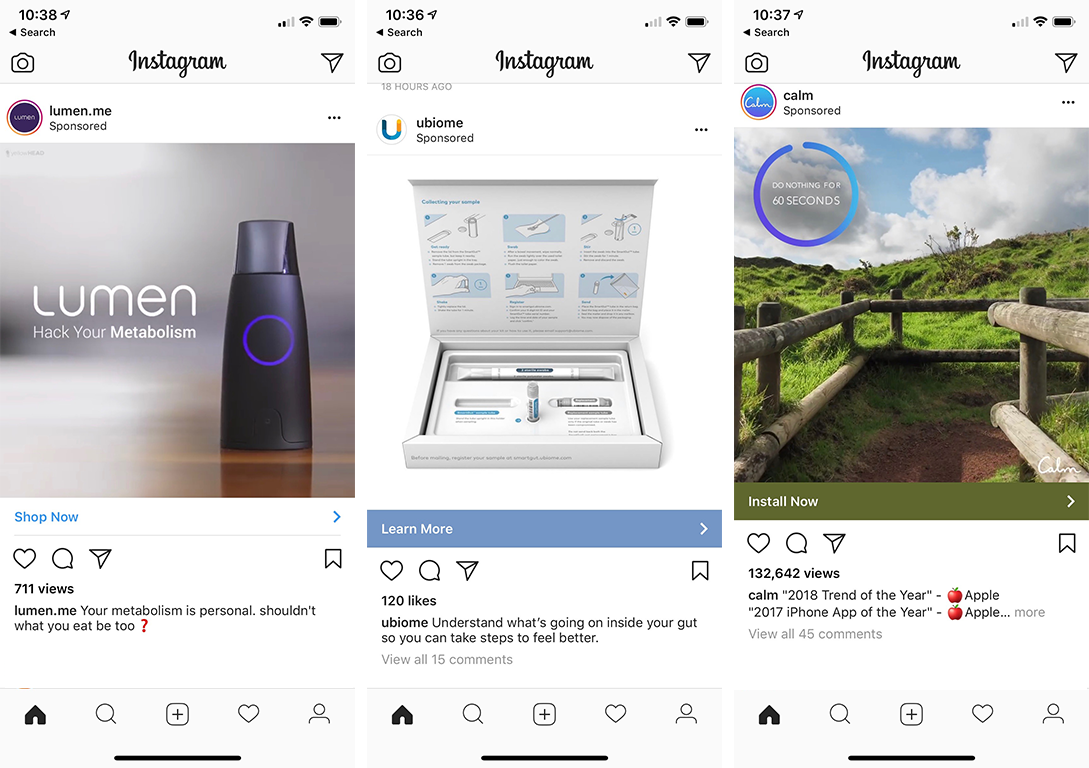 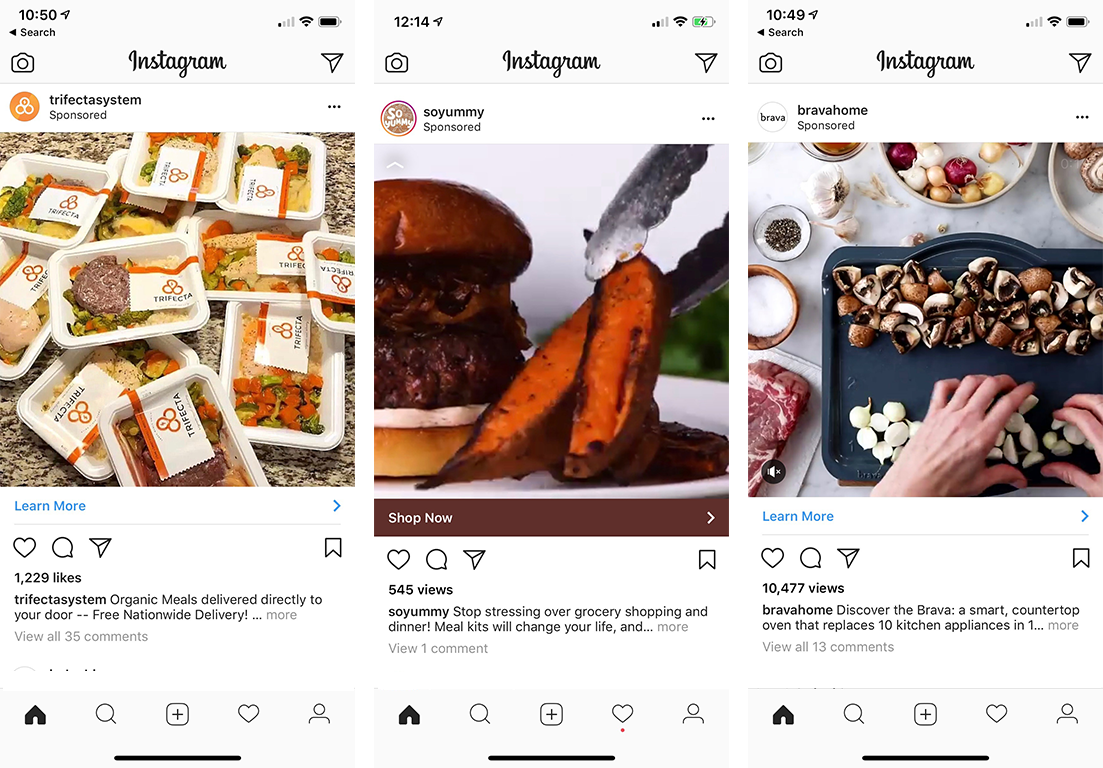 Like many who are trying to think through the future of local journalism, I’ve been looking far and wide for promising strategies. Recently, I’ve been working to identify some of the shifts underway in other markets that might provide examples also applicable to local news and information – new directions that might help the industry to overcome its current plight.

And, as my growing collection of Instagram ads surpassed 100, I started to wonder “What would these ads look like if they were for information products?” “What if a news startup focused on this same approach to delivering niche, highly-targeted, low-overhead, just-in-time journalism?”

“Old and big brands are fighting against thousands of tiny brands with low overhead, [great] design, and supremely efficient customer acquisition tactics. Many of us failed to recognize the collective impact of the long-tail of micro brands” –  Scott Belsky, Chief Product Officer at Adobe; Founder of Behance

The opportunity for journalism hiding in your social feed

And here’s the unexpected thing: the more I’ve investigated these ads, and the brands behind them, the more I’ve come to believe that they represent a growth opportunity for a new wave of journalism startups.

You can glimpse the broad strokes of this opportunity simply by scrolling through your Instagram and Facebook feed; the outlines are right there in the form of fashion and wellness brands that you’ve never heard of before that somehow catch you at a moment of either openness, or curiosity, with an eye-catching image, or captioned video, and a “how did they know me so well?” message that just begs to be clicked.

And right there, in those feeds, is also the magical “disintermediation” that the Internet promised: it’s possible for anyone – not just the big brands, or big newsrooms – to reach precisely who they want with a highly-tailored message for very little cost.

Ever since the introduction of blogging, any enterprising reporter was liberated from needing a printing press to share her work with the world – but how was she going to find her audience? And how would they find her reporting, just one voice among two billion websites on the Internet?

For years, many in the journalism entrepreneurship space – including myself – have quoted Kevin Kelly and proposed that entrepreneurial reporters just need to find their “1,000 true fans.” But we rarely explained how to do that, other than the glaringly obvious advise to “create compelling content.”

“Using hyper-targeted marketing, just-in-time manufacturing, and social media, these brands find and engage their audience wherever they may be.” –Scott Belsky, Chief Product Officer at Adobe; Founder of Behance

A blueprint to find your 1,000 true fans

But the simple truth is this: it has never been easier, or less expensive, to reach those potential fans, and I believe that this is a game changer for forward-thinking, digitally-savvy journalism enterprises.

Jesse Brown recently observed that “building something from the ground up to suit the marketplace, to suit where profitability and sustainability is, is a lot easier than adapting something with all kinds of legacy costs into a sustainable model.”

Jesse is a Canadian media critic and successful journalism entrepreneur who was able to use the Internet, podcasting, and blogging to find his 1,000 true fans. Four years later, his media company, CANADALAND is estimated to generate more than $500,000/year in revenue. That revenue is split evenly between more than 5,000 paying listeners and corporate sponsors.

But as much as I love the CANADALAND story, I disagree with Jesse’s advice to reporters wanting to venture out on their own: I don’t believe it’s necessary to toil away on one’s reporting for a year before answering the question “Can I make a business out of this beat?” In fact, I believe that question can be answered in just 10 weeks of focused work and experimentation.

And micro brands give us a blueprint for how that experimentation is possible today in a way that it never was before.

In fact, it’s now entirely possible to validate many aspects of a business model before launching the product. And it’s now possible to pinpoint those 1,000 true fans and cost effectively tell them about the product when it does launch.

“Of course, small brands are nothing new, but they typically remained small companies. Now I’m hearing about more and more of these brands with tiny teams generating over $10M in sales, with higher-than-normal-retail profit margins.” –  Scott Belsky, Chief Product Officer at Adobe; Founder of Behance

After asking myself that question over and over again, “What would these ads look like if they were for information products?” I’ve started to see the contours of an answer:

Small is beautiful when you focus on quality over quantity

The term micro news, however, is a bit hard to define because many local newspapers have almost reached a micro scale as they’ve downsized. For example, I was talking with a colleague last week about what it would take for a digital upstart to go head-to-head with a paper in a market of roughly 250,000 residents:

I joked, “So you’re going to start with 25 reporters on day one?”

They replied “No, we’re planning to start with a dozen, which is what the local paper has today.”

So as the industry has shrunk the lines have become a little bit blurry. For the sake of this essay, I’ll define a micro news organization as fewer than six reporters.

“Small matters and small can make a large impact.” – Rafat Ali, Founder of Skift and PaidContent

Imagine for a moment a swarm of niche sites focused on local news and information: one focused on real estate, another on development, arts and community events, technology and startups, sports, government and crime, and so on. Each is their own site that covers a niche aspect of the community, and each goes deeper than the local paper ever could because they’re not trying to aggregate “something for everyone” together in one place. Could this potentially add up to something more than the component parts? Could it lead to coverage of communities and conversations that weren’t represented in the local paper?

I’m not proposing that these micro news organizations are going to replace the NYTimes, Washington Post, CBC, BBC, or what-have-you. However, as they have demonstrated time and time again, these small digital upstarts can have an outsized impact on the national news and conversation due to fresh perspective, and a close relationship with the communities they serve.

“Skift’s laser focus on its core subject of travel and leisure and its in-depth coverage and research attracts loyal patrons who spend money on Skift’s research, read its newsletters and attend its conferences.” – Rafat Ali, Founder of Skift and PaidContent

“Small is beautiful” is not a new idea. And yet it’s new to hear the likes of media titans like Rafat Ali, founder of Paid Content (which he sold for millions to Guardian Media), say that it’s his “evangelizing function” in life to preach that “small matters and that small can make a large impact.”

A company like Ali’s Skift, however, is not exactly a micro news organization, with 60 staffers and revenue of $10M, and yet I believe the lessons of Skift scale down. In fact, in the same article, Brian Wieser, a senior media analyst at Pivotal Research, goes on to say “A publisher that aspires to be really high quality and small can also have a great business, maybe with lower risk in the long run,” and that “small publishers may be better equipped to deal with the ups and downs of an advertising-driven business model.”

This opportunity for newsrooms that are right-sized for the times lines up with my own research as well. After speaking to dozens and dozens of reporter-led news startups across the US and Canada, one clear theme was that these nascent business owners had no intention to grow beyond a certain, relatively small, size. Their ambitions, however, were _unanimous _in their focus on delivering more quality over volume.

And when I think of my own experience of working in a micro news organization for almost a decade – and all that has been accomplished in their 15 year journey: the stories they continue to break; how they move the conversation on key issues; the relationships they have with readers – I have faith that this model can work. I believe that being small is a key part of their success. Like many small newsrooms, it feels alive, and everyone’s engaged.

Putting it all together

Let’s bring this back to the micro brands and the lessons they might provide for these new micro news organizations. Let’s make it concrete.

If I were starting a small, digital first news or information effort today, these are some the micro brand tactics that I’d want to experiment with:

And that’s just the beginning…

I believe that there are all kinds of “moments” to build just-in-time journalism products around real information needs in people lives. And I believe that each of these moments presents an opportunity to deepen the relationship, and to strategically earn revenue not just once – often in the form of a monthly membership – but several times. Information packages, databases, guides, courses, seminars, events, and much more, each offering a chance to deliver value to people, to demonstrate the role that journalism can play, and to ask for the sale.

Taking a bite out of the sharks by working together

Some laughed when BuzzFeed announced its foray into hard news in 2011, but it went on to become a two-time Pulitzer Prize finalist and to win dozens of prestigious awards for its news reporting. 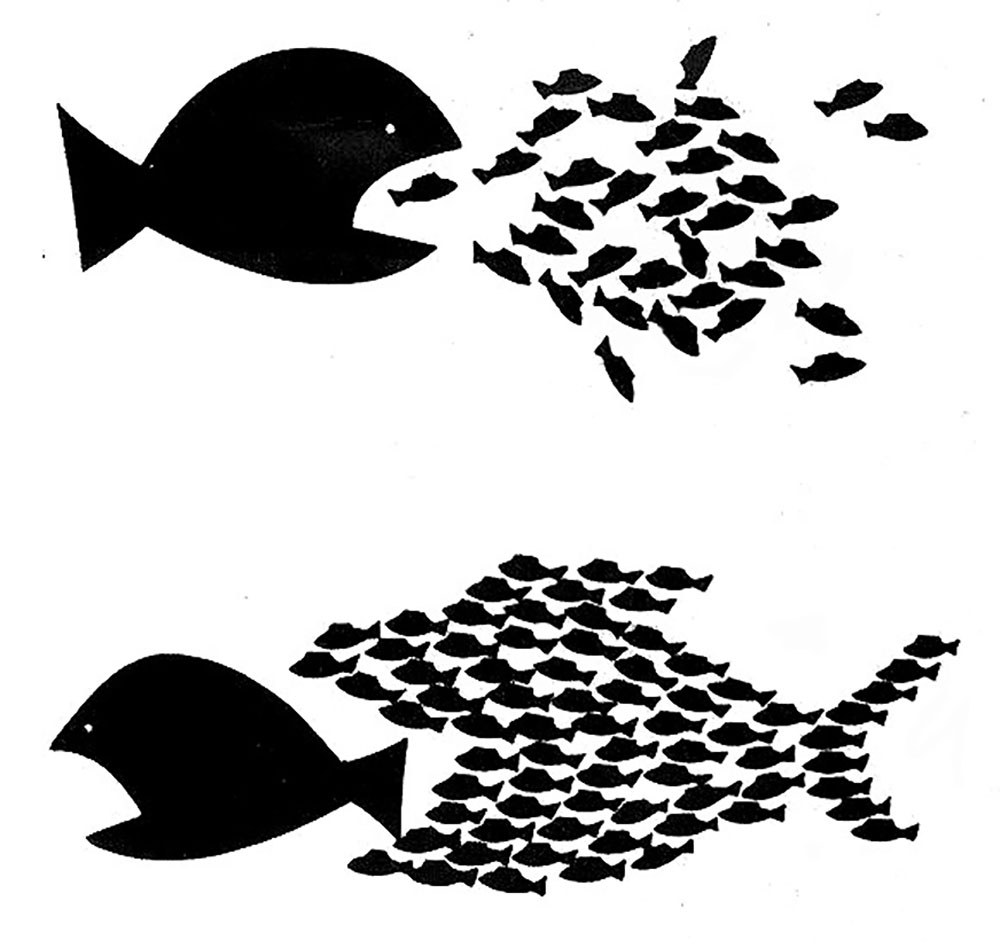 The same is true for micro news organizations: at first the industry will laugh, then the industry will deride the micro news organizations as “toys” not capable of having an impact on the larger problems the news industry is facing today, and then – as the micros learn to work faster, better, and more collaboratively across newsrooms – they will take a bite out of the larger fish in the pond.

And, whether this prediction is right or wrong, I believe that the timing for these experiments is right now because a lot of attention has suddenly shifted to the local news situation in the US and Canada. The shift in attention has resulted in more than 1 billion in funding committed to fixing what’s currently broken.

I still believe one of the best bets we have is a bottom up, small is beautiful movement of thousands of “micro news organizations.” For the bet to pay off, it will require a previously unseen level of collaboration between these micro newsrooms, and between the newsrooms and the communities they serve. I believe it’s possible, and it’s the right investment.

Where would you put your money?