It was different because of the often-dynamic and sometimes-ominous period that we as Canadians find ourselves in: over the same 18 months there have been dramatic shifts in this nation’s media ecosystem. As Ian Gill’s well-timed book lays it out, we’re watching over what might be the collapse of Canada’s media ecosystem, and many of us are wondering what comes next.

While there are hurried and hushed conversations happening across the country, Connect Toronto took the opportunity to bring together the “makers” of today’s media environment — the reporters, editors, designers, engineers, analytics & business people, and entrepreneurs; individuals who are in the trenches every day — for a two-day, hands-on event to envision and build the future of media together, one contact at a time, one conversation at a time, and one interdisciplinary team at time.

As I’ve written before, the Connect series was one big experiment and we iterated the format of each event based on participant feedback. In Canada, we knew that by bringing participants together from coast-to-coast we had a unique moment to start some critical conversations about the shifting landscape of media facing Canadians in the next months, and years.

Our experiment: long conversations about pressing questions facing media undertakings of any size. The three conversations we identified as most important were Audience, Collaboration, and Funding. You can find the live notes from those conversations here, here, and here.

We had some big names from the Canadian media scene helping to set the context and guide those conversations, and I’m incredibly grateful for the leap of faith they took on a format that was completely experimental, adventurous, and focused on group participation. 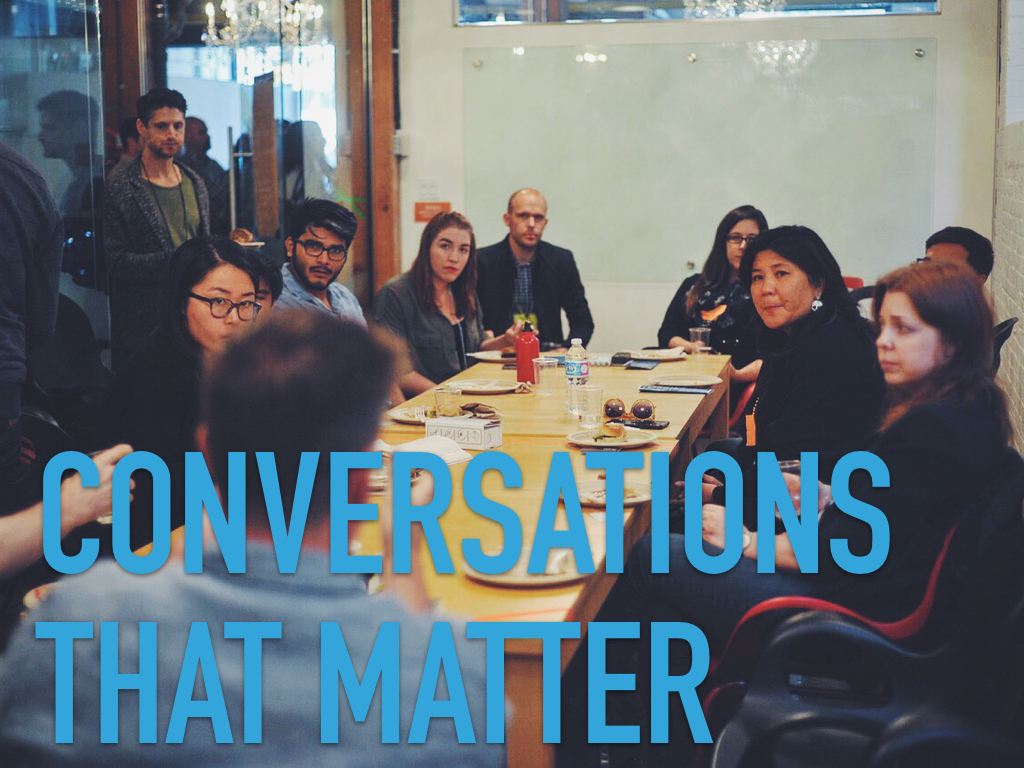 I believe that those conversations will have impact on the national conversation for a long time to come.

Like other Connect events, Connect Toronto was built on the same theory of change as previous events, and featured the signature co-founder “speed dating,” as well as the media startup demo party, fast-paced bootcamp sessions and partner lunch sessions, one-on-one brain dates, and a Lean Canvas workshop led by The Working Group that culminated with team-to-team pitches. The schedule, as always, packed. 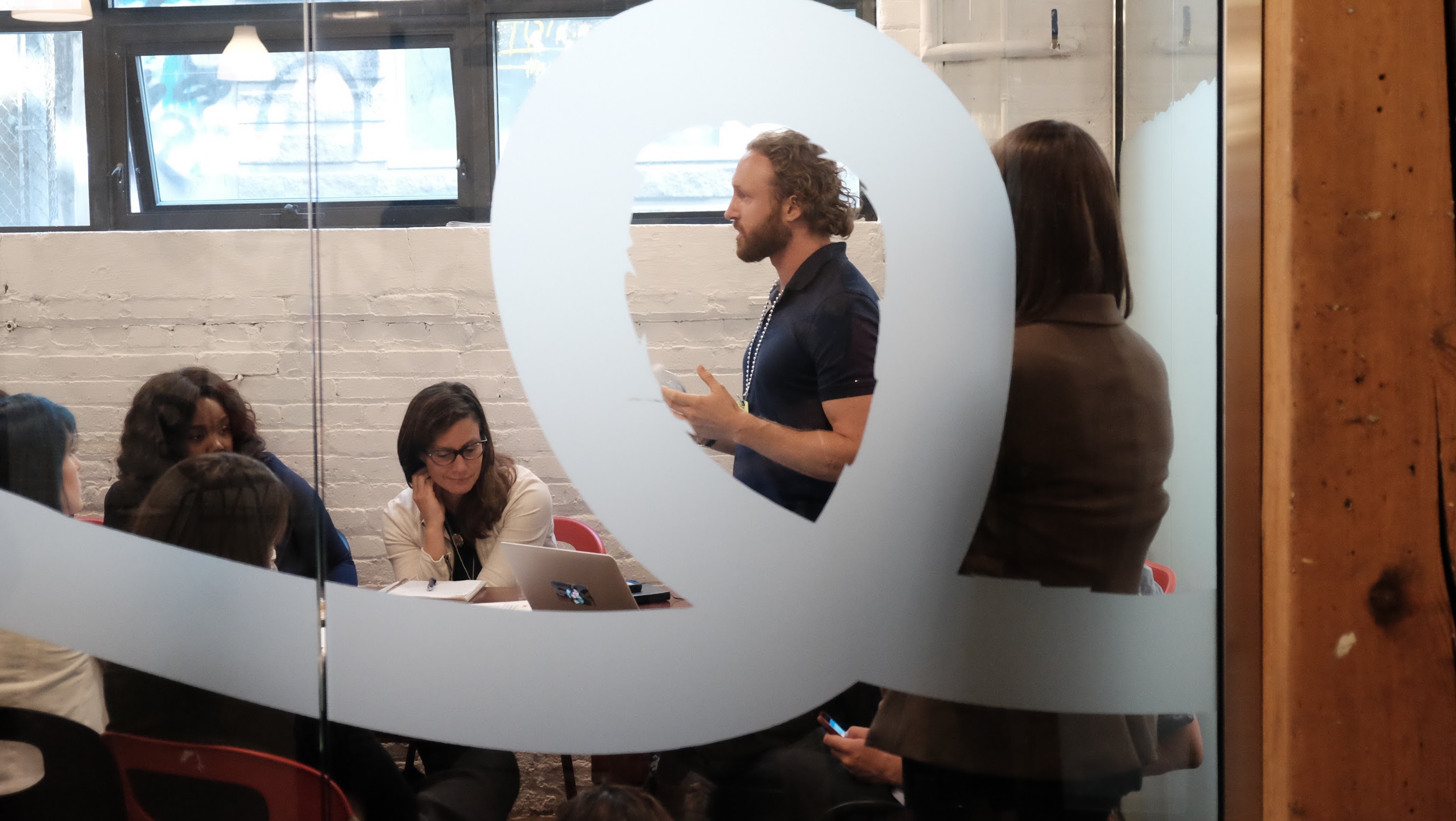 Just one example of a session that held particular interest for me: the Centre for Social Innovation (CSI) held a session on Solutions Journalism — rigorous reporting on the responses to social or environmental challenges — led by Barnabe Geis, CSI’s Manager of Impact & Accelerators. The journalists who packed the room explored how journalism could play a more constructive role in society by changing the conversation from all that is going wrong with the world to what is being done about it. Such an approach could give people a greater sense of efficacy in transforming seemingly insurmountable challenges into opportunities to improve the world. In particular, they looked at the work of NY Times columnist David Bornstein and the Solutions Journalism Network, which he co-founded. CSI shared its vision for the Solutions Media Accelerator it hopes to launch next year, which will provide workspace, training, mentorship and access to capital to solutions journalists and media startups.

And I’m proud that at most Connect events around the globe we’ve been able to conclude with stories from inspiring women who are committed to media entrepreneurship, and Toronto was no exception. Belinda Alzner, co-founder of Toronto’s The Sheet ensured that everyone in the room knew it was possible to get a media startup off the ground (and onto people’s chairs, in the case of The Sheet). A timely story, given the recent resurgence of just about everything “pop-up” when it comes to news, like pop-up newspaper The New European and the pop-up version of SPY Magazine that will be produced during the last thirty days of the US presidential campaign. 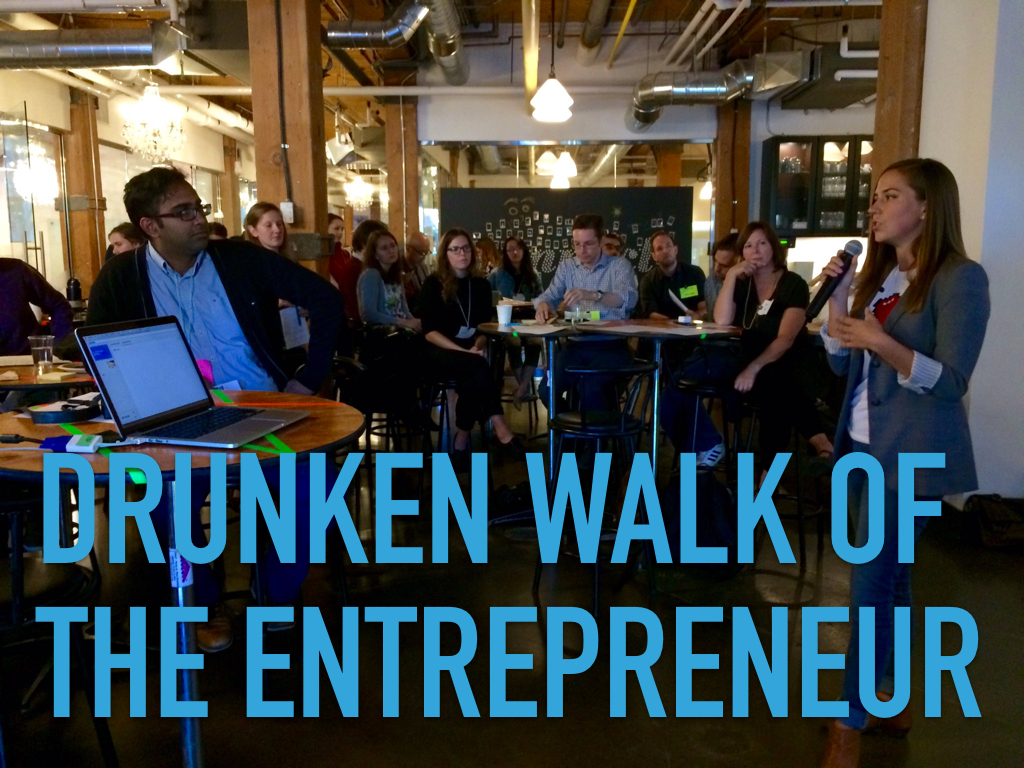 Belinda joins the ranks of some of the most inspiring media entrepreneurs in the field who helped make Connect events possible: Jennifer Brandel, Co-Founder, Hearken; Hillary Frey, Co-Chief Creative Officer, Matter Studios; Stacey Higginbotham, Founder of the IoT Podcast, Rebekah Monson, Co-founder, The New Tropic; Ceci Mourkogiannis, Co-Founder, MettaVR; and Lindsay Stewart, Founder & CEO, Stringr. Keep an eye on them all for a sign of what will come next.

An event that brought people together from across the country like this would not have been possible if not for the enthusiasm and support of Hacks/Hackers chapters from coast-to-coast, as well as the individuals on the Connect Toronto convening team who invested so much time and energy: Celeste Côté, Barnabe Geis, Matt Frehner, Pippin Lee, Jessica Murphy, Ana Serrano, Nick Taylor-Vaisey, and David Weisz.

Add to the above a huge list of partners that helped make this happened — partners like the Centre for Social Innovation, the Canadian Film Centre, University of Ottawa, and our founding partner Google News Lab — and you can see that there are a lot of people in Canada who are invested in this movement.

Connect Toronto also marks the first time that all of the Canadian chapters have come together in one room: Vancouver, Toronto, Montreal, Ottawa, and Halifax. These five chapters connect together more than 3000 individuals across the country who are hungry for conversations about the future of news and information; in a time when many people are looking for answers, this seems like a vastly untapped resource.

And earlier this week I received a note about a new chapter that is getting underway in Winnipeg. All that to say, If you’re not part of a local Hacks/Hackers chapter in Canada, there’s no time like the present to get involved — it only takes five minutes, and membership is free.

If you’d like to get involved in helping out with Hacks/Hackers in Canada — if you have space for convening, and idea for a meet -up, products to demo or speakers to offer, or would just like to help out — just shout and I’ll put you in touch with the right person. 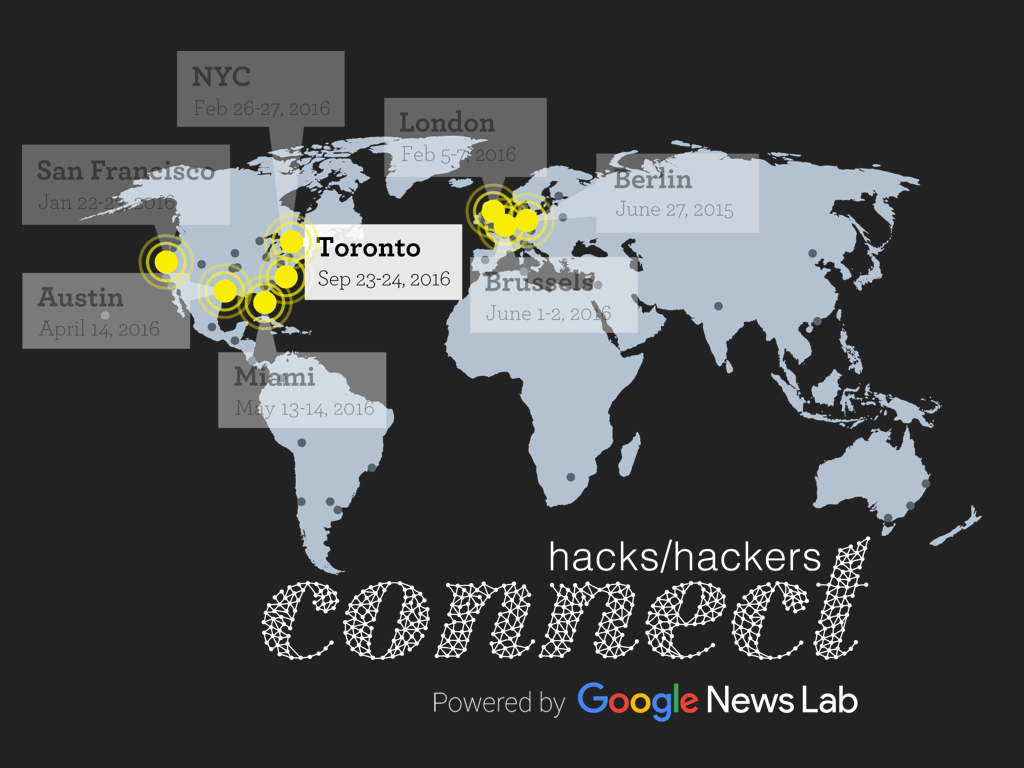 After each Connect event, we’re left with the difficult question of “What’s next?” Unfortunately, it’s not an easy question to answer because producing events like Connect take a significant investment of time and, frankly, money. However, while we’re figuring that out, here are some quick options for the impatient:

And, last but not least, don’t be a stranger: Find me on Twitter or LinkedIn and keep me updated on your own journey after Connect Toronto. There are many, many great stories that have been made in the chaos of Connect events worldwide, and it would be a pleasure to be able to include your story among them. Seriously, stay in touch!

(All photos courtesy of Pippin Lee.)

The answer you’ve been looking for: How to find-and keep-love