Too many believe that the act of hitting the “publish” button is the end of the process when, in fact, it is the beginning. Those that understand the significance of this shift are already making headlines. Many are still trying to figure it out. If you’re curious, come join us at the City Winery (NYC) next Monday morning, May 19th, for “A breakfast engagement” with Fred Wilson, Christina Warren and many more.

I woke up this morning, hopped on the streetcar, and started reading a report just published by the Newsroom Innovation Team at the New York Times exploring what the Times needs to be thinking to stay ahead of the digital curve. The recommendations in the report were summed up nicely for me by this passage that Mathew Ingram highlighted in his coverage:

“Publishing, in today’s crowded environment, includes taking responsibility for and assuming ownership of the impact of our quality journalism … From the moment a story is published, we should host the conversation about it.” – The New York Times Newsroom Innovation Team

Some pillars of the report – which could apply equally well to most publishers – are:

Not surprisingly, these are also key themes that I’ve been unpacking with Steve Roy at Disqus and Mark Greenpspan over the last six weeks, as we started to napkin sketch a bunch of ideas that would quickly become “A breakfast engagement.”

When we started that napkin sketch, our aim was to bring together a room full of people working in the trenches of engagement – publishers and advertisers, and the digital platforms they’re partnering with – as well as the voices that were saying “what you think you know about engagement on the web is wrong” to have a frank conversation about where it’s all heading, and how to steer the ship without pissing off the people you’re trying to reach.

Anyway, I’m pretty excited to announce publicly the outcome of all those conversations and napkin sketches: A Breakfast Engagement: Do We Measure What Matters? – a breakfast summit that seeks to close the gap between what advertisers and publishers measure and what matters to the people they’re trying to reach. 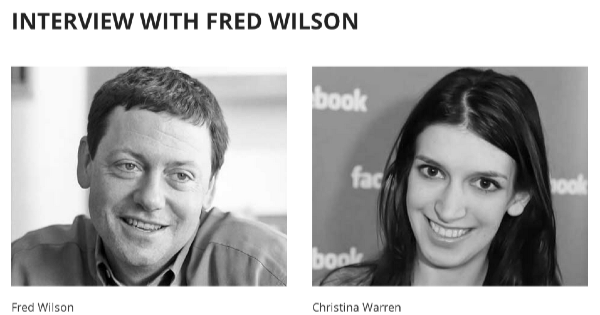 The event has been coming together very, very quickly and just this past Friday we confirmed that Christina Warren, Mashable’s Senior Technology Analyst, will host our one-on-one interview with Fred Wilson, high-profile blogger, venture capitalist and managing partner at Union Square Ventures. We like to think that Fred Wilson is one of the people that “put the ideas of native advertising and consumer engagement on the map,” and we know that Christina is going to hold his feet to the fire to give us the real scoop on what’s coming next.

We’ve pulled this event together quickly, but I’m confident that it’s going to be one of the best of Internet Week New York. There are BIG QUESTIONS being discussed right now – How do we measure engagement? What’s the right metric? Do social interactions matter? What’s the value of comments? Who pays for news? What new forms of advertising are going to fund news? And many more… – and this is our shot at upping the ante, dispelling some myths and hot air, and talking about tangible, real-world solutions.

Please RSVP while there’s still space. Let’s figure this “engagement” thing out together.

Diversity: we *all* need to step up our game

10 learnings for those obsessed with user engagement