I believe that the opportunity cost of social media is quite high: precious time, energy and money is invested into the “new” and “exciting,” while the established and reliable channel of e-mail is often neglected.

Last week in cold, snowy Chicago at The Media Consortium’s annual gathering, I was able to present a few points on a topic that is near-and-dear to my heart: e-mail and e-newsletters. Call me old-fashioned if it pleases you, but I can back up my statement that “e-mail still delivers” with numbers. And, I’m happy to continue to refine my craft of helping publishers to communicate and engage their audiences in a less flashy medium with more substance.

If you’d like to watch the entire panel from the conference, the video is online here and the slides here. If you just want the key points, I’ll run through them quickly below:

Everyone has one, everyone wants one

It’s just a fact that everyone who you want to reach has an e-mail address. In fact, most people have several. There are many reasons for this, but the most common is that an e-mail address is required to sign-up for almost every service on the Internet. Even Google’s unified account system that’s used by Gmail (their e-mail service) asks for “your current e-mail address.” Short of getting an e-mail address in the first place, there are virtually no online services that don’t require one. 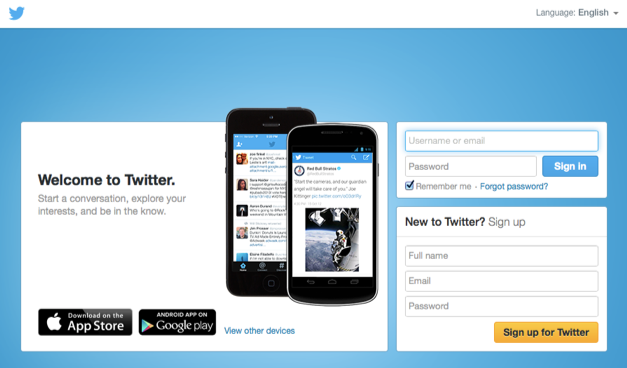 You may say that many sites are now using social login services like Facebook and Twitter and you would be right, however each of those services requires an e-mail to sign-up. Also, many major publishers in the US, UK, Canada and elsewhere are moving to various paywall models, each of which requires users to subscribe using – you guessed it – an e-mail address. You can tell me that people are creating single-use e-mail addresses for these moments, but I believe that you would be wrong and I’ve yet to see any real data that supports that idea.

More interesting is that fact that services that seem to fly in the face of e-mail and e-newsletters, like Twitter for example, are relying on e-mail and e-newsletters more as time goes on. Twitter has been trying to solve its challenge of people who sign-up and don’t utilize the service with e-mail-based notifications and, most recently, has started sending out e-newsletters around time-sensitive events like the Olympics. If e-newsletters don’t work, and if nobody has an e-mail or if nobody reads their e-mail, then why does Twitter invest the time, energy and money in sending them? 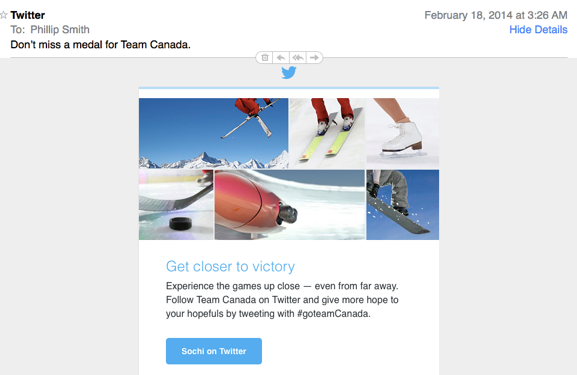 Similarly, even the company that is the subject of a Wired Magazine article titled “Email’s About to Die” is quietly asking users for an e-mail address to set-up their account1. Just because the company does not say “Please provide your e-mail address” doesn’t mean that they’re not asking for one. Sure, they prioritize a Google account sign-in, but – as pointed out above – Google most certainly asks for an e-mail address when creating that account, and the Google+ Platform API enables the site that uses it – you guessed it! – to request the user’s e-mail address (as Asana does). 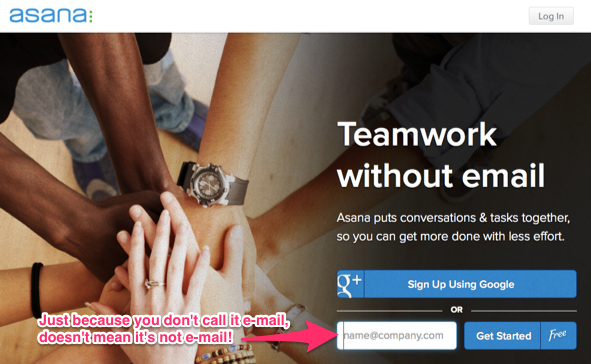 At the end of the day, companies can say “e-mail is dead,” but none of them believe what they’re saying enough to cut the cord.

Even in this time of “mobile first” news delivery, forward-thinking trailblazers like Quartz are still turning to e-mail to drive traffic. Earlier this year, Quartz launched a push on their site to entice users to subscribe to their (excellent) daily brief. I don’t have any traffic numbers for the Quartz daily brief, but my hunch based on the numbers I’m seeing at other publishers with daily news products is that it probably delivers a significant amount of traffic, and – more importantly – engagement.

For years I’ve been encouraging the publishers I work with to send MORE e-mail, not less, as every time I’ve run a test to see how increasing frequency impacts engagement indicators (opens, clicks, etc.) and attrition (unsubscribes, active but not engaged accounts, etc.) the results say that increasing frequency increases engagement and reduces attrition. As long as the product fits the frequency, I’ve not seen much evidence that sending more e-mail pushes people toward unsubscribing.

More importantly, the data I see on engagement speaks volumes about the role of e-mail in bringing the right kind of traffic back to a site. Most recently, an independent audit was undertaken for a daily online news site that I work with, splitting out site engagement metrics (average time on site, etc.) by those users that subscribe via e-mail and those that do not. Unsurprisingly, e-mail subscribers were spending up to 4x more time on the site than non-subscribers, and the trend was the same across the other engagement metrics.

Higher engagement leads to all kinds of useful stuff, like consistent traffic that often competes with (and sometimes outpaces) traffic from social media sources, as well as higher conversion rates for subscription offers, donation appeals, and so on. Sure, the social media folks will say that e-mail is the “closer” where social media is like the highway billboard that embeds the idea in people’s minds (and I’m sure that there’s some truth to that), but, personally, I’ll continue to encourage the organizations I work with to invest more in the closer than the hard-to-measure display advertising.

You own the relationship

Last but far from least, and increasing in importance in this age of corporate consolidation in the Internet space, is that – at least for now – with e-mail you still “own” a key part of the relationship. And, at least for now, the system for delivering e-mail on the Internet is relatively distributed and free of a single entities’ control.

Unlike that Facebook page where, after spending months or years to grow a following, you now have to pay to reach some arbitrary portion of your audience that Facebook chooses to show your message to, with e-mail you still have the choice of when to send and who to reach with a transparent, upfront price to do so.

You have 99,000 Twitter followers? Great. How do you reach them all? How much time, energy, and money did you invest to get there, and what are the engagement metrics when you try to reach them? How many times do you need to send an arbitrarily short message out to that “list” to ensure that even just a small percentage has seen it? And at what rate to those people convert into supporters, subscribers, donors, members, and so on? I’m curious to see some case studies for organizations that aren’t already well-known names that are using Twitter to great success where a conversion is concerned (and where e-mail isn’t used as the “closer”).

Show me the e-mail

At the end of the day, old-fashioned or not, I’m still pushing organizations to invest more time, energy, and money into the channel that I believe has consistently delivered results: e-mail. There’s all kinds of innovation happening, I admit, in social media, but there’s still lots of innovation potential left in e-mail. And, I think more organizations would benefit from locking-in that channel first. Once the stable foundation of a well-conceived e-mail engagement initiative (on-ramping, hygiene, growth, maintenance, and off-ramping) is in place, I have no doubt that ROI from other marketing efforts (social or otherwise) would increase dramatically.

So, with that said, I think there are many, many opportunities to own that relationship and it all starts with saying “Show me the e-mail!” Practically, this means:

Now with the easy part – that’s asking for a person’s e-mail address – out of the way, you can move on to the more important, and most-often overlooked, step of building a relationship with that person over time. That is a topic that I will need to leave for another post, unfortunately.

Curious to hear your thoughts, comments, case studies, and so on. You can drop a note here in the comments, or find me on Twitter. And of course, you can always e-mail me.

Turbulent times in Venezuela, but good for #DataJournalism

The making of CADIVI Abierta