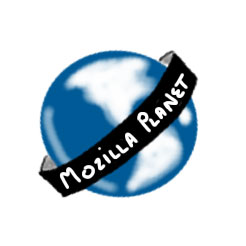 A short vacation concluded, it’s been fun to dive back into the evolving series of blog posts that go all the way from Rethinking Planet Mozilla, to Matt Thompson’s excellent “Planet Mozilla needs humans,” and continue with Lyre Calliope’s posts on “Mozilla as a media organization” (You can catch Lyre talking about the idea on today’s Webmaker community call).

One of the driving questions we left off with was:

What would be required to bootstrap the best information-delivery system for Mozillians, made by Mozillians, about Mozillians?

And when I say bootstrapping, I mean how do we narrow the idea down to a minimum viable product, i.e., something so simple that it would be possible to get a version of the idea up-and-running in six-to-twelve weeks? What is the very essence of the idea and what are the handful of must-have “features” that would enable the idea to exist in a way that people could interact with it and help to improve it? 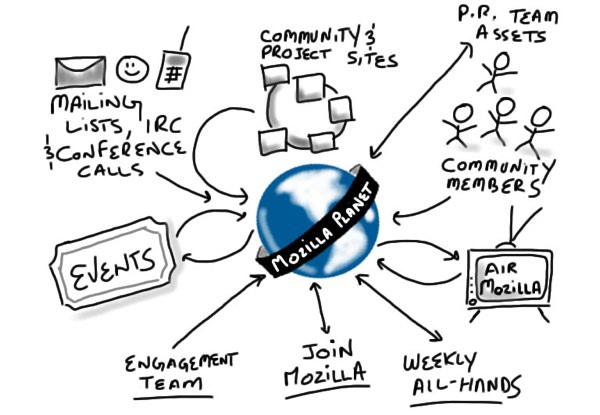 In my mind, these are the must-have features of this information-delivery system:

And here’s a straightforward proposal for how to make it happen:

In terms of technical practicalities, I would propose the following:

Yep. That’s it. Just a blog, some multimedia equipment, and a place for this storyteller to park their arse as they chase the unfolding story of bottom-up innovation in the ever-expanding city that is Mozilla.

(Okay, okay: If the budget allowed, I’d also lobby for a Livestream Livepack, or an open source equivalent, and an annual Livestream Premium subscription, because video is critically important part of news delivery and an important part of the future of the Web too. And, let’s face it, editing video takes time, it’s often better to just “go live” and let the Internet take care of the post-publishing edits.)

This brave and pioneering soul – an expert at uncovering a good story and telling it quickly, concisely, and in the spirit of the Web – would be tasked with producing two “stories”* a day, four days a week, and also editing a handful of other stories submitted by the editorial board and community contributors. They would also manage a news river of their sources, and would communicate regularly and openly with the editorial board and community via micro status updates. Finally, they would collaborate with Mozilla staff and volunteer contributors to iterate forward the technical underpinnings of this initiative. Phew! This is no small endeavor, but I suspect it is one that would appeal greatly to the right person.

* Story defined loosely enough to allow for lots of experimentation with text, multimedia, data, and so on.

Not a new idea, but a proven idea

This project isn’t about breaking new ground. None of this proposal is overly daring or experimental. As Matt pointed out, variations on this idea have been explored by Digg, Tumblr, and even Google.

Beyond these technology-company driven examples, the broader community of online news start-ups illustrate how this enterprise has been undertaken before:

Mozilla as a news brand

Phillip however seems to lean toward suggesting something more radical: Planet Mozilla should evolve beyond being a glorified RSS aggregator to a full blown news brand.

Yes, it’s true: as I said before, if the idea is successful the conversation about what to do with Planet Mozilla will be irrelevant. Planet Mozilla would become just one of many sources of information – Mozilla events, news feeds, IRC channels, mailing lists, conference calls, wiki changes, and so on – from which would be distilled a constant drumbeat of pure signal – the unfolding story of innovation in a global community of millions; a focus on the “open Web” and how it’s redefining everything from education to journalism; a technology news site “for the people,” one that doesn’t obsess about the latest proprietary software start-up, the next round of funding, or the imminent purchase by Facebook (Goodbye Instagram!).

There you have it: an elevator pitch of sorts. Mozilla Planet: Technology news for the people. Up-and-running in six-to-twelve weeks. Rapidly innovating with the help of the community it serves. One year to become the best information-delivery system for Mozillians.

When in doubt, try something new.